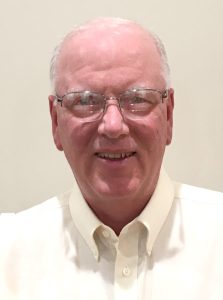 Statement of Thomas J. McAneny, President
of the Alliance of Greater Johnstown Home and Property Owners

Since 2010, numerous small home and business owners in the Greater Johnstown area have been forced to test and repair the sewer laterals under the foundations of their buildings at their own expense. Many of them also have been forced to pressure test the laterals outside their homes and repair, at their own expense, the pipes that failed that test.

Many of those pipes were terra cotta or clay and not designed to be airtight. Those same pipes had been perfectly lawful to install and use prior to testing being imposed by local and state governments in 2010 and thereafter.

Attorney Robert S. Brierton has been interviewing engineers and researching the law since December, 2018. We have obtained written reports from three engineers which declare that the universal testing and repair of the sewer laterals within the foundations of homes and buildings is an arbitrary and irrational method of bringing to a halt the release of untreated sanitary sewage.

We also have obtained a written report from an engineer which declares that pressure testing of private laterals is irrational and much inferior to testing by closed circuit television cameras.

Our engineers’ written reports have been corroborated by the oral opinions of numerous engineers. Those other engineers have declined to give us written reports or serve as witnesses because they fear retaliation from the Pennsylvania Department of Environmental Protection against their clients if they do so. Nevertheless, those opinions provide a strong basis for obtaining a legal remedy for the home and property owners who have been forced to choose between abandoning their homes or paying exorbitant fees to demolish their basements or slabs and replace their perfectly satisfactory sanitary sewer pipes.

Many home owners who replaced their sewer pipes under their homes have experienced backup of other people’s sewage into their basements and even first floors. Others have experienced the flooding of their basements with ground water after they completed the mandated repairs. We have learned that very many of those whose homes have been so damaged had never experienced any sewer backup or leakage of ground water into their basements during the entire period of their residency in Johnstown, sometimes a period of 30 or more years, before their local governments, the Greater Johnstown Redevelopment Authority and the Pennsylvania Department of Environmental Protection, mandated the alteration of their homes in 2010.

We agree that the release of untreated sewage from the Dornick Point Sewage Treatment Plant must end. The Johnstown Redevelopment Authority has been violating state and federal law by releasing untreated sewage into the Conemaugh River ever since 1989 when it began managing the sewer system for the City of Johnstown. But the rational remedy for those unlawful releases are public improvements at public expense.

Such public improvements include

Making all of the pipes under all homes and buildings airtight is wasteful. It is irrational and not connected to solving any legitimate public purpose. Our constitution prohibits government officials from compelling private property owners to tear up their basements and spend thousands of dollars in an arbitrary and irrational attempt to end the unlawful release of sanitary sewage into the Conemaugh River by the Johnstown Redevelopment Authority.

There are better ways to reach this worthwhile objective and at public, not private expense. The Alliance will seek recovery for each home owner and business owner who joins in this effort.

Each municipality has its own ordinance. Each municipality has its own fines and penalties to compel compliance by home owners. In Westmont, certifications of sanitary sewer compliance are valid only for 15 years and the sale of a building thereafter or the alteration of the building sewer before the 15-year period expires BOTH require re-testing and re-certification. In Westmont, non-compliance with the sewer rules is punishable by a fine of up to $300.00 and imprisonment of up to 90 days in prison for each DAY of non-compliance. Westmont, like most other municipalities in and around Johnstown, provides for the posting of quarterly penalties and even the discontinuation of water service for properties found to be in non-compliance with its draconian sewer rules.

I was elected last month to serve as the President of the Alliance. We hope to raise enough money to pay for the cost of suing 27 governmental defendants, including the Johnstown Redevelopment Authority and the Pennsylvania Department of Environmental Protection, to stop and to remedy their arbitrary and irrational actions against the citizens of Johnstown. Any person or business who wishes to participate can purchase a share for $500.00.

That purchase will entitle them to present their damages to our lawyers, Robert S. Brierton and David J. Weaver. Those two lawyers have agreed to represent the Alliance if sufficient funds can be raised to pay for the litigation in advance. Anyone who wishes to purchase a share can contact our new business office at (814) 539-8937 between 9:00 a.m. and 1:00 p.m. on weekdays. There is no limit on how many shares you can purchase. Each share entitles the owner to one vote on the selection of our leadership and at our annual shareholder meetings. If we cannot raise adequate funds, we will not move forward and any unexpended monies will be refunded pro rata.

We have been advised by our attorneys that there is a six-year statute of limitations for claims of this nature. That period may well be extended due to the impossibility of a citizen being aware of such a remedy when this absurd program began in 2010. Our lawyers will not be lawyers for any individual shareholder but only for our Alliance.

The Alliance, like a labor union, will direct our lawyers to get the greatest possible relief for our shareholders in the shortest possible time. We encourage all home owners and all property owners in the Greater Johnstown area to purchase at least one share for each property of theirs which has been impacted by the irrational mandates of the misdirected sewer project imposed by your state and local governments. I will be happy to try to answer any additional question which you may wish to ask about this project.

For more detailed information, or questions about how to join our lawsuit, please call the Alliance of Greater Johnstown Home and Property Owners at (814) 539.8937, weekdays between 9 AM and 1 PM. You may also submit questions or get in touch through the Contact Form on this website.